Everyone is welcome at digirights.info, a free and open resource on digital rights, and specifically, our first course, on data protection.

We have come a long way from the beginning of last year, when we were given funding for the project from Internet Society’s Beyond the Net Funding Programme, and Eurooppatiedotus, which a sub-organisation of the Finnish Foreign Ministry, 21 000€ and 15 000€, respectively.

It took us several months to agree on what is essential to know about the General Data Protection Regulation (GDPR) and how would we present it to the general public. It was also challenging to get all the content done without actually paying everyone for all their hard work. Both of our funders had a strict limit on how much money can be spent on salaries (15% and 30%). On the other hand, they both allowed paying companies and outsourcing work to people outside the organisation, which made the progress unnecessarily tricky, but at least possible.

I also want people to be aware, that the license for the whole project is Creative Commons 4.0, which essentially means, that we want people to do anything they want with the material, without asking for a separate permission to do so, even for commercial purposes. Most of all, we want as many people as possible to know their rights and how to exercise them. That is really for all of our benefit. 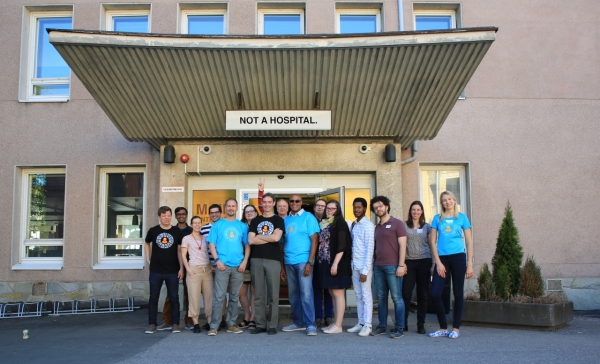